Ever since I wrote the post on how to spot fake Kylie Lip Kits I receive an overwhelming response almost daily on how I helped them determine if their online purchases, usually from eBay, are real or fake. Some were relieved that they purchased the authentic lip kit, while some were disappointed they were duped. But recently, I’ve also seen many problems with Kylie Lip Kits, the authentic ones.

Some emails and Facebook messages I often received are questions regarding Kylie lip kits that looks so authentic yet there are little details that you almost don’t notice says otherwise.

You see, fake cosmetics are not just produced in China, they’re also produced in the United Kingdom. The good thing about the fakes from China is they’re very easy to spot, but those from the UK are not. Actually, they’re so good if you never bought or knew someone who bought a Kylie Lip Kit directly from KylieCosmetics.com, chances are you will never know you own a fake. 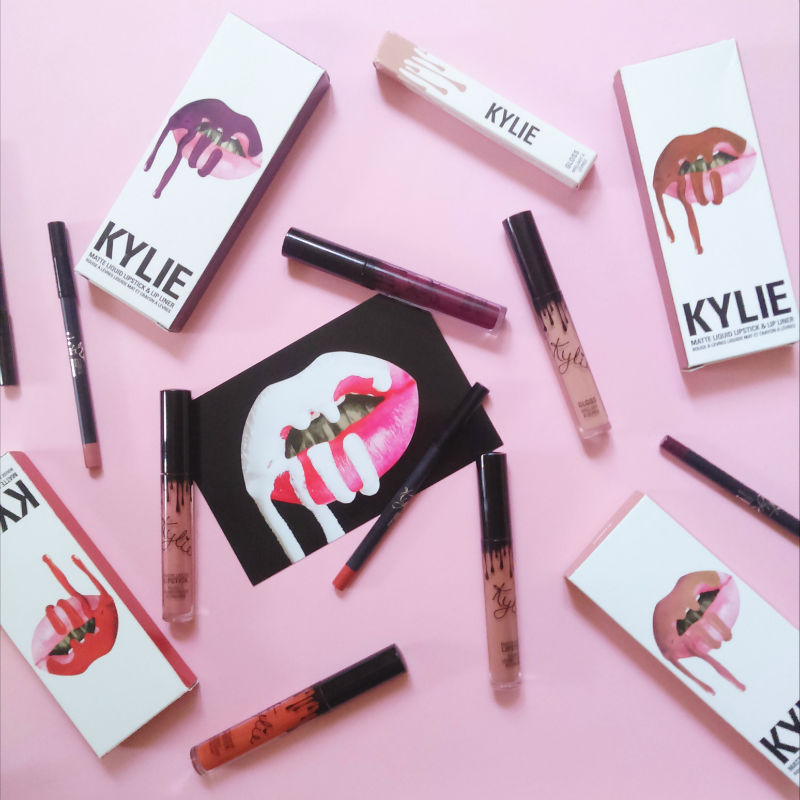 As some of you may know I’m a Kylie Lip Kit reseller since Kylie Cosmetics does not ship in my country. So a friend of mine based in Hong Kong saw a business opportunity and she asked me to join her. Since Kylie Cosmetics ships in Hong Kong, she orders all my stocks. The lip kits are delivered to Hong Kong and then she sends it to me from there (and that’s also the reason why I sell it for around US$45).

That has been our business routine for roughly the past three months. As our business progress, my partners order more and more products from KylieCosmetics.com every two weeks during their restock. She and another partner based in Macau stay up until 3 AM or sometimes even 6 AM just so they can get stocks for our shop. But a few weeks in the business we’ve been noticing some inconsistency from the production of the Kylie Lip Kits.

One of the first problems with Kylie Lip Kits that we encountered was the Candy K shades changed. A customer from Macau complained that her new Candy K matte liquid lipstick’s shade is different from the first one she ordered from my Macau-based partner.

These are both Kylie Lip Kits in Candy K shades but as you can see from the photo, the one on the left (ordered around July) is a more pinkish while the one on the right (ordered around May or June) is more nude or brownish shade. But this was explained by Kylie Cosmetics. When they changed their formula to make it less dry on the lips, the Candy K shade was affected. Which is actually common on all cosmetic brands, since perfecting a shade is actually harder than most consumers though. Especially when formulas are changed, most times the original shade will never be achieved again.

Personally, I didn’t mind this change because I prefer mauve or dusty pink shades than nudes. And this makes Candy K different from Dolce K ’cause those two shades were so much alike when they first launched.

These Koko K were ordered just a few weeks apart, the shades are the same but the packaging aren’t. In the left photo, the bottle on the right side is much more bolder than that bottle on the left which was ordered first. But the rest of the Kylie Lip Kit shades are still the same, only the Koko K had bold fonts.

The box changed as well. The box on the bottom in the right photo which where the bold Koko K was packaged was paler than the box on the top. But from our new shipments from Kylie Cosmetics, the Koko K packaging were back to normal.

On my post on how to spot fake Kylie Lip Kits I mentioned there how the stopper will be able to help you identify if your lip kit is authentic. But what if it is missing? That was another problem we encountered. One Mary Jo K has a missing stopper which as you could see on the photo, the lipstick was all over the opening because of it.

I’m warning you, this one will be long (as if this post isn’t long enough). If you follow me on Snapchat, then you probably know this already. On our shipment last month, we noticed the changed on the Posie K packaging. 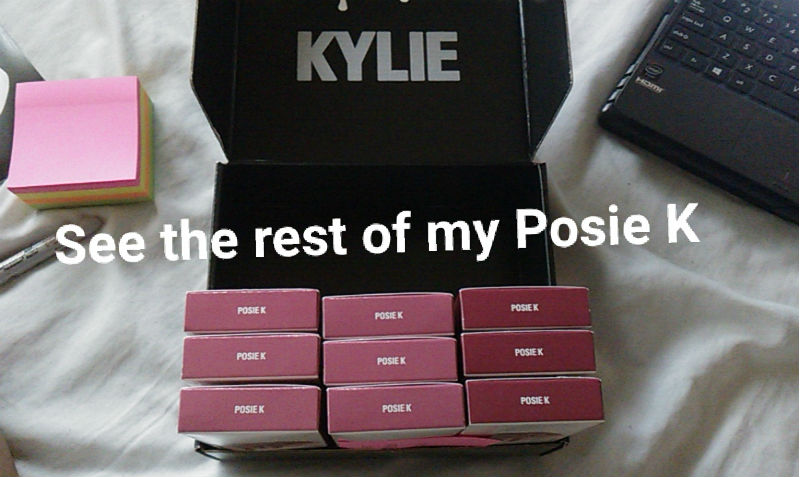 The Posie K from the right which were ordered first are all paler than the new Posie K on the left. But that’s not all. There are some changes on the lip liner as well.

First, the lip liners are longer now and has bigger tip, which is not a problem at all. I actually like it. But at closer look, it seems like the shade changed as well. It’s more darker now. And it’s the same with the liquid matte lipstick.

The new Posie K shade looks darker now. But you’ll be the judge.

If you buy directly from KylieCosmetics.com, of course these would not be your problem. But if you’re a reseller like me and my friends, or someone who buys from a reseller, these would be bothersome. If you’re a reseller, you’ll be accused of selling fakes which already happened to me once, just last night actually. And if you’re a consumer who buys from a reseller then you’ll be guessing and have to Google tons of articles to determine if you bought an authentic lip kit or you’ve been duped.

Bottom line, perfection is overrated, but as consumers we expect it from products that we buy especially when they’re not cheap. Kylie Cosmetics needs to improved their production process since these inconsistencies makes their products almost the same with fakes like those manufactured in the UK.

Have you noticed some problems with Kylie Lip Kits that I haven’t mentioned here? Share it below.

Budget-Friendly Skincare Routine That You Should Know