Rohto Eye Drops Review: Do They Burn Your Eyes?

I have been using the Rohto 40a Vitamin Eye Drops for around 3 years now. It was a good eye itch reliever so I was going to repurchase it again. However, I saw the Rohto Kimetsu No Yaiba (Demon Slayer) collaboration. They were a little pricey but as a fan of the anime, I bought 2 anyway. Each character is a different Rohto eye drop variant. Rohto Z comes in a Tanjiro packaging while the Rohto Lycee comes in Nezuko packaging. And I’m writing Rohto eye drops review for both below.

Rohto Z eye drops are for painful, tired, and overworked eyes. They’re recommended for those suffering from eyestrain, blurred vision (such as when there is a lot of eye mucus), ophthalmitis caused by ultraviolet rays or other rays, discomfort when wearing hard lenses, conjunctival hyperemia, itchy eyes, eye disease prevention (after swimming, such as when the dust and sweat in your eyes), and blepharitis (sore eyelids).

Most reviews say it’s like a “mouthwash for your eyes” and it’s accurate! The Rohto 40a Vitamin did sting a little too, so I was already expecting it. But the Rohto Z is a whole new feeling. The cooling sensation is overwhelming, it’s like I burned my eyes with mint. Have you ever accidentally rubbed mint toothpaste on your eyes or chewed a candy so mint it stings your eyes? That’s what it felt like.

They do sting at first but then it provides an amazing feeling of cool relief right after. That is why I keep my Rohto Z in my work desk drawer. I find myself reaching for it every day while I work in front of my laptop. It instantly relieves my itchy eyes and the redness. (It’s not surprising that a lot of weed users are a fan of this.) It also feels refreshing which is quite an odd feeling to get from an eyedrop. 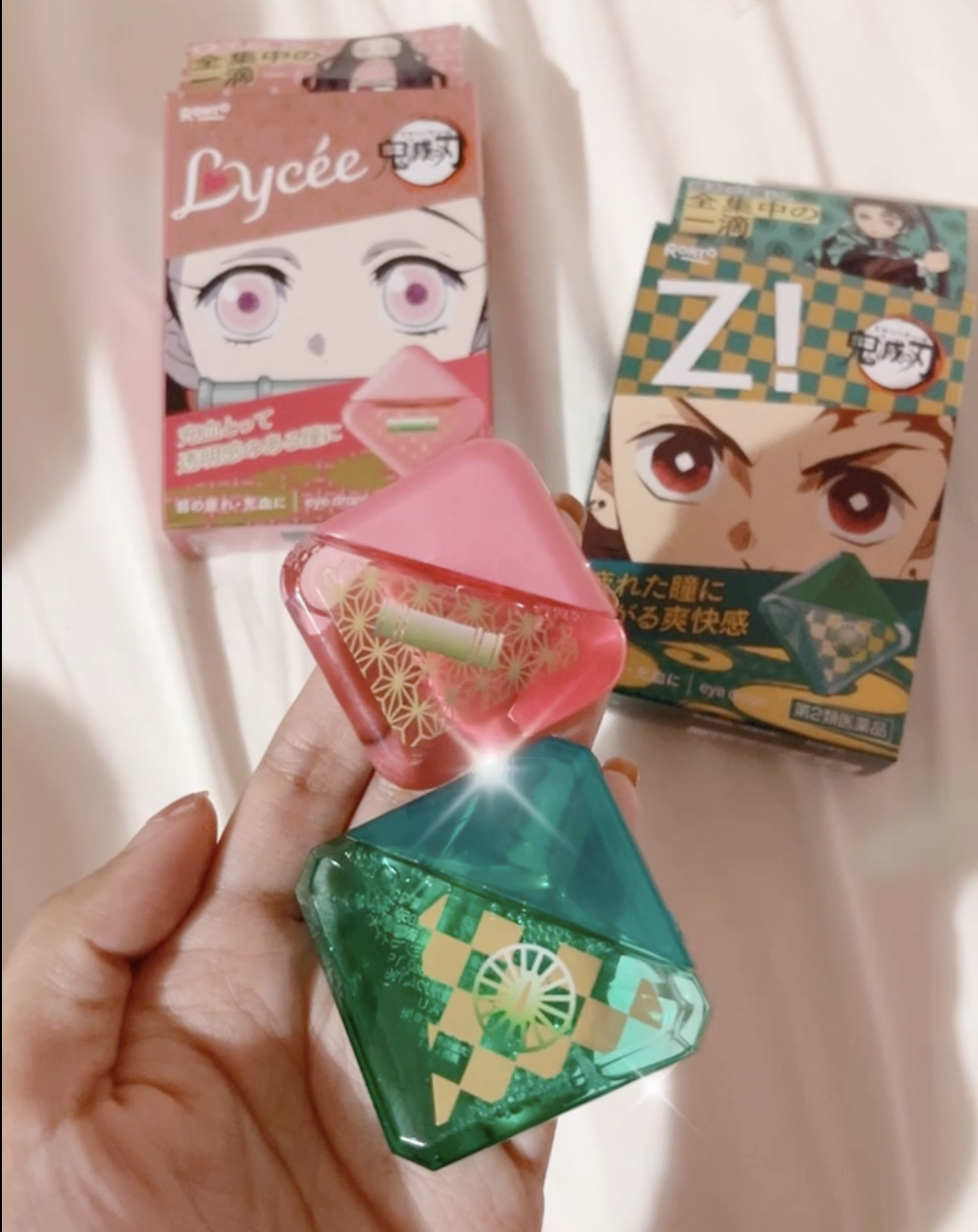 If you don’t want that cooling sensation that feels like it burns your eyes, I recommend the Rohto Lycée eye drops regular variant. I’ve heard of this one from some Asian celebrity makeup artists. They use these to their clients to disguise the dullness and tiredness from their eyes.

Rohto Lycée eye drops are known to relieve the redness in the eyes and help in achieving crystal clear eyes. Unlike the Rohto Z and 40a Vitamin drops, it doesn’t sting at all. The drops itself is color pink which the brand says is the vitamin B12 that relaxes muscles around the eyes to relieve tired eyes. It also contains zinc sulphate which alleviates inflammation caused by ultraviolet rays.

But the best feature of this eye drop is how it relieves red eyes, making the white of the eyes clearer and brighter. That is why I keep this one in my bag instead.

Despite the cooling sensation that feels like it’s burning your eyes, I still like the Rohto Z the most. Because I eventually got used to it and the relief in my eyes I get each drop tops it all. I do however still like to keep the Rohto Lycée for those days I need to look bright and had a healthy amount of sleep.

You can buy both the Rhoto Z and Rohto Lycée from this seller in Shopee. These is a limited edition, so get one before they all ran out.

Hope this Rohto eye drops review helps you decide which one you need the most.

I Marie Kondo’d My Skincare Routine & This Is What Happened

6 Useful Tips To Incorporate with Your Beauty Regimen