I have been aware of this fake website since last Tuesday, when someone named Zel left a comment on my other post about how to spot fake Kylie lip kits. She asked if the products on KylieCosmeticsOutlet.com are authentic:

And so I checked it myself. At first the website wasn’t loading because the website Zel gave has one missing letter. The “s” on the end of cosmetics, and when I clicked enter there it was! At first I was so really confuse if it was just another domain for KylieCosmetics.com because most websites with really huge budget buy all the URL related to their main domain. And so I immediately emailed Kylie Cosmetic’s customer service to notify them. I also replied on Zel’s comment, I asked her if she already received the products she ordered but I haven’t heard from her yet.

Then I continued scrolling on the fake website and I noticed many things that you could spot to prove that it’s a Kylie Cosmetics website: 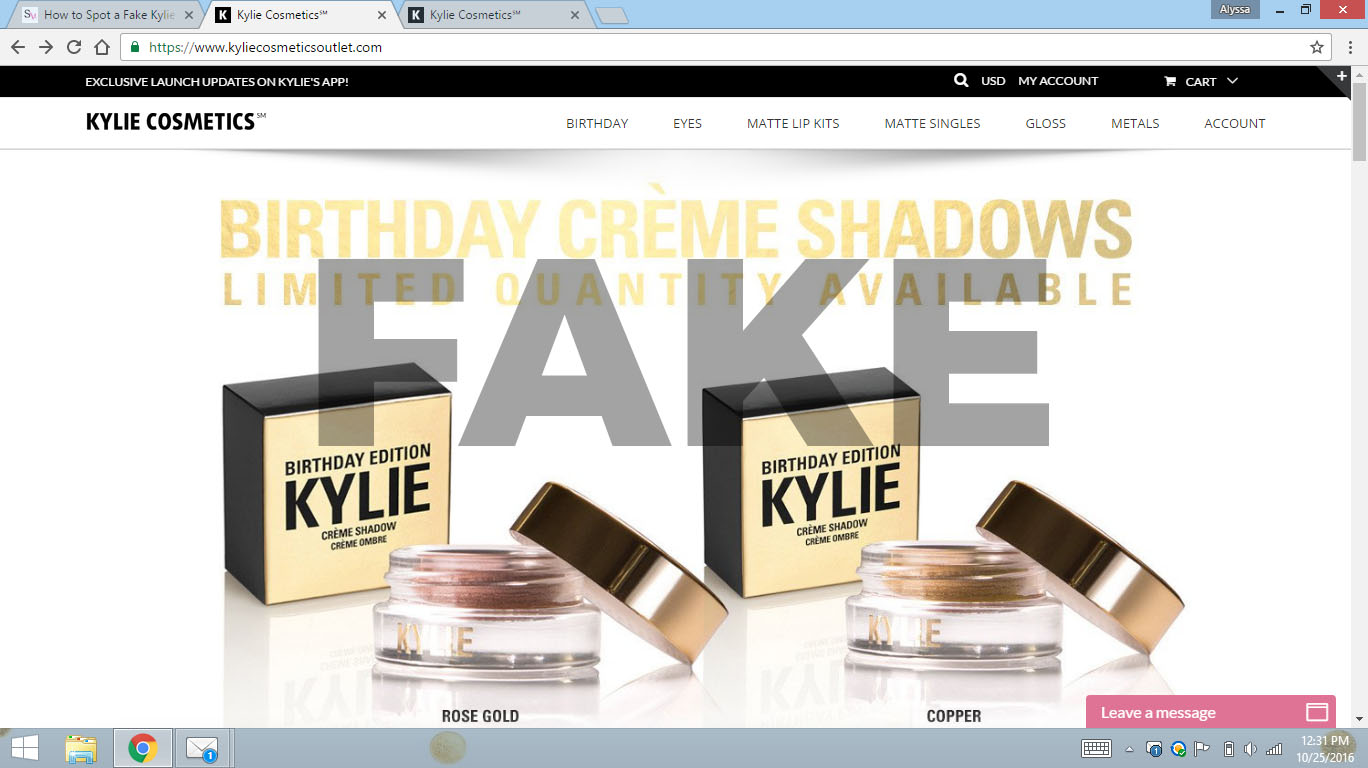 1. They Still Sell the Birthday Edition

I know a lot of people will pay huge amount just to get their hands on those gold-packaged Kylie Cosmetics even though me and my friends from Kylie Cosmetics Hong Kong already announce that it’s sold out, and they will probably be available again next year in Kylie Jenner’s birthday. But this website still sells them, yet Kylie Cosmetics stopped selling them since September. Which proves that this website is FAKE!

This fake website got everything, from photos to the icons… but when it comes to the links, they link to nothing. They don’t have the link to download Kylie Jenner’s app and they don’t have the proper links to Kylie Cosmetic’s official social media accounts as well. 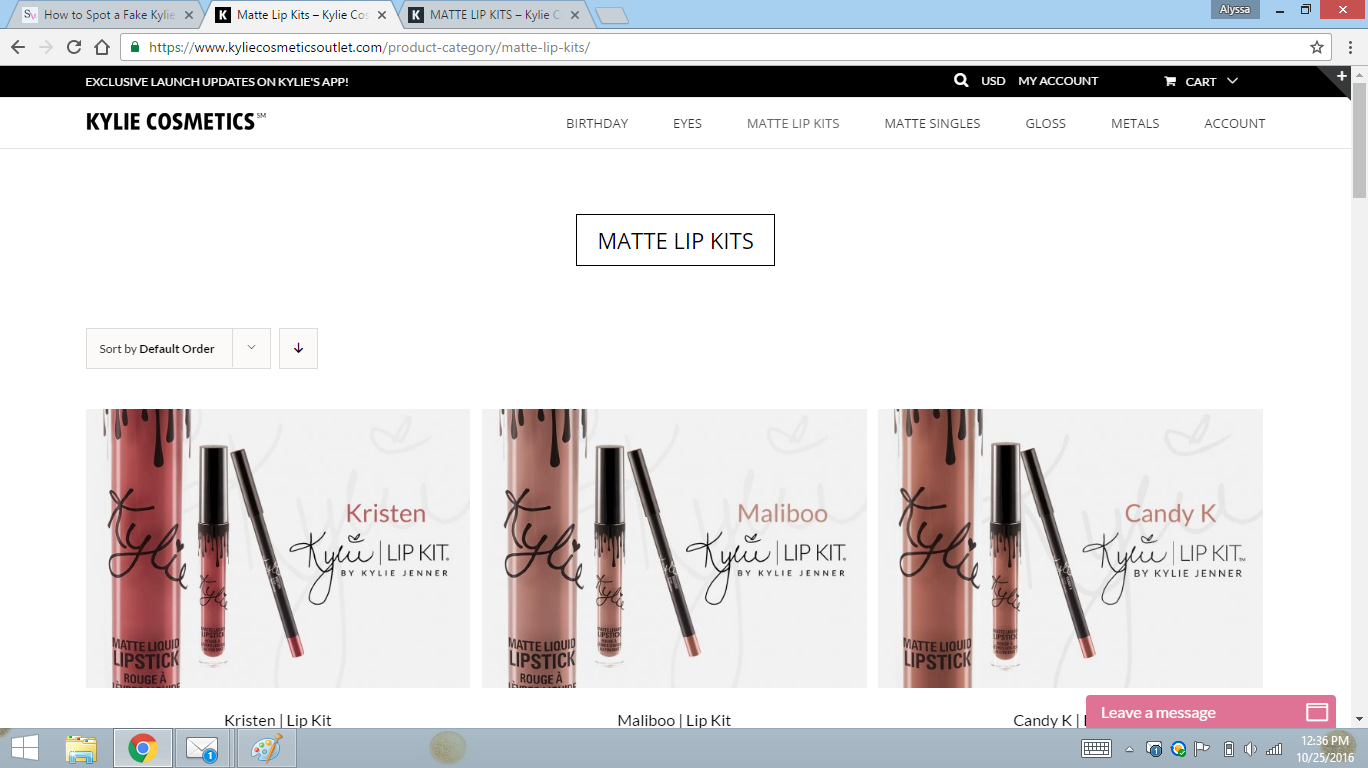 3. They Use Old Kylie Cosmetics Photos

On the fake website homepage, they still use the old photos on Kylie Cosmetics. But the actual Kylie Cometics website, they already show the products wihout the backgrounds unlike showed above. Those kind of photos above are no longer exist in the actual site!

I do not have a confirmation if this site just resells Kylie Cometics products, but I have a huge feeling they sell the sake ones because a) they sell it exactly the same price as the actual Kylie products, and b) they still have those birthday editions.

I actually haven’t heard back from Kylie Cosmetic’s customer service, but just a few hours ago Kylie Jenner was pretty pissed on her Snapchat videos and addressed the fake website. Watch the video below just in case you missed her snaps.

So everyone! Be careful and I hope these tips on how to spot the fake Kylie Cosmetics website will help you. This KylieCometicsOutlet.com may shut down very soon, but it’s easy to make another one so make sure to only buy them directly from KylieCosmetics.com and from people you know who are certified US shoppers just in case the site doesn’t ship to your country.

Where to Buy Drunk Elephant in the Philippines?